“This film documents an event that has never taken place – man’s first encounter with intelligent life from space.”

Earth may not have been visited by aliens, but ever since the invention of radio and television, humans have been sending signals into outer space, announcing their existence to other civilizations, so the question is not ‘what if’ it happens, but rather ‘when’. With unprecedented access to everyone from the Director of the United Nations Office for Outer Space Affairs to experts from NASA, ISU (International Space University), the SETI (Search for Extraterrestrial Intelligence) Institute, and military advisors, the film builds up a chillingly believable scenario of first contact on Earth, beginning with the simplest of questions: Why are you here? How do you think? What do you see in humans that we don’t see in ourselves?

The implications unfold within a mind-bending landscape of everyday sights and sounds turned bizarre and extraordinary, as if seen through the eyes of a life form exploring our planet for the first time. The Visit takes viewers on a journey beyond their terrestrial perspective and into the unknown, revealing the fears, hopes, and rituals of a species forced not only to confront alien life forms that may or may not view us as a threat, but also its own self image and the most difficult questions of all: “Who are we?” 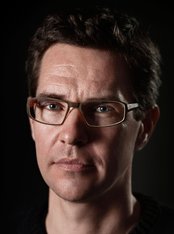 "My interest is an investigation on an existential and philosophical level of the cultural impact in relation to our self-understanding if we are confronted with Alien intelligent life."

I have a special interest in existential and philosophical issues. The Visit is to be a feature length international documentary, which on a concrete and scientific level explores the scenario of a Alien visit to Earth. In case of such a visit we would at the very least be confronted with fundamental, unexplored, and perhaps even unthinkable questions about ourselves, and our place in the universe. My focus is the exploration of our likely reactions and precautions, as well as the consequences and implications of such an Alien encounter. Whereas, I have no interest in UFO’s and the like, nor in sensationalistic speculations, I believe that the backdrop of an imagined actual visit could lead to very interesting philosophical reflections.

What I would like to achieve on an artistic level and with regards to scientific and philosophical coherence is somewhat parallel to Stanley Kubrick’s “2001 - A Space Odyssey”. Likewise our film will be a voyage (based on scientific facts and extrapolations hereof) into what would be the ultimate Copernican Revolution sparking questions and imaginations of such a profound nature that we cannot disregard them. Of course we do not know if an encounter with Alien intelligent life will ever take place, nor if arguments such as the Fermi Paradox and the Drake Equation will remain unresolved. Nevertheless, the mere speculation of the potential existence of Aliens and our reactions to them is sufficiently overwhelming, and to my mind, extremely stimulating and interesting. Without dreams Columbus would never have set sail.

My interest is an investigation on an existential and philosophical level of the cultural impact in relation to our self-understanding if we are confronted with Alien intelligent life. The fear of encountering superior intelligent life - and our strange attraction to it - rests on assumptions that life-spans and the laws of physics (as we know them) apply to Them as they do to us. Consequently, an Alien civilization travelling to Earth, would have to possess immensely advanced technological expertise. This would probably lead us to assume, that their civilization would have lasted a long time. But would we also deduct, that the very fact of it’s survival, was based on a secret understanding and experience of social justice and harmony? Would they in our mind possess the twin attributes of all deities: omniscience and omnipotence and thus be incomprehensible except as gods? In short: Encountering superior intelligence could wreak havoc to human self-understanding.

If we expect life to be scattered throughout the universe, we can reasonably argue that life is important. But if we don’t ever receive even a message from outer space, we are forced to conclude, that we are alone or, even worse, that nobody likes us. If there is no other life, then the stars and the galaxies must be important, but where does Man fit into that set-up? In this scenario, the most terrifying fact about the universe is not that it is hostile, but that it is indifferent.

The above questions are examples of the aspects of my philosophical interest in the subject. However, I am also extremely interested in the purely practical matters involved in a potential Alien visit: What would we actually do? How would we receive them, treat them, teach them? Maybe the best proof of intelligent life in outer space is the fact that They have not yet come to Earth… 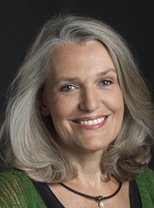 Lise Lense-Møller, the producer of the Oscar nominated Documentary

Film producer, founder, and CEO of Magic Hour Films. Lise has produced some 50 films - both documentary and fiction – many of which have been award winning and many of which have been international co-productions. In addition, she has a long track record in professional education a.o. as expert and group leader for EAVE, a MEDIA-programme post-education with 3 annual international workshops for independent producers. Lise is a central figure in the Danish and European film business and also engages in national film politics, a.o. as a board member of a the Producer’s Association.